Camtraptions was founded by Will Burrard-Lucas, a professional wildlife photographer from the UK.

It all began with Will’s quest to obtain a fresh perspective. He was unable to find products that allowed him to realise his vision so he started developing his own devices for getting his camera close to dangerous wild animals. This led to the creation BeetleCam and the first expedition to Tanzania in 2009. BeetleCam succeeded in getting close-up images of elephants and buffalo but one of Will’s cameras was destroyed in an encounter with a lion.

In 2011, Will returned to Africa with what he hoped would be a lion-proof version of BeetleCam. This expedition was a great success, resulting in a series of ground-breaking, close-up images of lions.

In 2012, Will moved to Zambia for a year. During this time, he refined BeetleCam further and used it to photograph new species such as leopards and African wild dogs. During the year he also developed a new range of camera trap sensors for photographing shy and nocturnal animals with his DSLR. 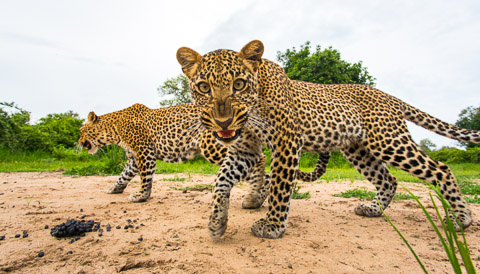 Before moving to Zambia, Will had started experimenting with remote-control helicopters for aerial photography. However, it wasn’t until he returned to the UK in 2013 that he was able to dedicate sufficient time and resources to this project. He subsequently developed the “BeetleCopter” and tested it in the Serengeti.

Ever since publishing the first BeetleCam images, Will has been approached by photographers and filmmakers around the world looking for devices that they could use to push the boundaries of their craft. Camtraptions’ mission is to develop products for these forward-thinking, innovative photographers.

The latest version of BeetleCam has been 5 years in the making. It is the product of many months of field trials and the 5th major design iteration. It features a new, professionally crafted protective carapace and has proven itself through prolonged use in the field. New BeetleCams are already shipping to customers around the world!

Camera traps have revolutionised the field of wildlife photography. Our new camera trap products make this type of photography easier than ever!

Camtraptions copters combine the latest available technology in a device that is custom built for the most discerning photographers and filmmaker. Our copters are constantly evolving to take advantage of the latest advances in this fast moving field. All of our copters come pre-assembled and ready to fly.

To be notified of new release, please subscribe to the Camtraptions newsletter: 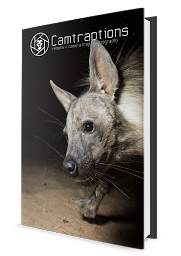